Mineral technology is a fascinating type of tech as it represents the re-unification of spirit with our body, it is the technology that arises from an integrated level of human consciousness. Spirit often calls this phenomenon “spirit/matter technology” simply referring to the unification of these seemingly opposite spectrums of reality. As we stand today, deep in polarity, these feats seem like super human fantasy, however, there were times on this planet where we were at this level. Thousands of megalithic miracles and “impossible” artifacts prove this. We once had the capacity to merge our spirit and mind with the matter around us.

Spirit rests as the least dense part of our reality with physical matter being the most dense. Spirit is etheric, flowing and vast which is why it is referred to as “the ethers” and the “subtle body” in spiritual texts. In very early spirit/matter exploration (before the crushing rise of materialism) it was also called “aether” and it was often considered a factor when creating new inventions. Tesla factored in this etheric level of reality in his work which allowed him to consistently create more sophisticated technologies then his contemporaries.

This etheric energy is also multi-dimensional, meaning that it carries lots of information, or many perspectives and potentials within it. Materialization/manifestation is the solidification of this multi-dimensional, multi-potential spirit into one defined, particular concept. This means that the creation of the world around us is the result of the how we refine our mind. Our material world stands as a living breathing expression of our relationship to our spirit.

Just to really bring this home, it is spirit that defines matter, it is the condition of the spirit/ether that determines exactly how, and what, manifests in the material world. In society today we have a backwards approach to the higher worlds as we expect, ahem demand, matter to define spirit. This is exactly why we do not have access to these technologies or an understanding of how they work. This upside down disconnected world view is exactly why we face the challenges we do with artificial intelligence, oil dependance, unethical leadership etc. These are symptoms of a world in atrophy, a world needing to remember who we are.

What is conscious mineral technology?

When used consciously these technologies can allow the human being to move amongst space and time as though they are alive in their astral body, reduce the mass of stones and heighten spiritual ability. When used unconsciously these technologies become dangerous for humans as inter-dimensional shifts and portals still open but are unaccounted for. The portals that are opened will function magnetically in direct ratio to the degree of light and shadow that exists within the individuals operating it. As mentioned, what materializes is determined exactly by ones relationship with spirit.

High Mineral Technology: Past and Present

Many established mineral technologies made of stone or crystal from past civilizations do not fully function as the minerals are conscious and respond to the individuals with whom they have a relationship. This is an interesting and overlooked part of high technology as we do not often consider the sentience of minerals. This is frustrating for the individuals who have made great strides to obtain certain ancient artifacts. Just imagine going through hell or high water to obtain some powerful item only to find it no more useful to you then a sofa or garden ornament. This is the reality of such technologies, they are inert until the correct individual (or group) re-animates them.

If this is beginning to remind you of the tale of King Arthur and his sword Excalibur stuck in the stone, you are correct, myths often tell us truths about the world. In this case, this myth is revealing to us that matter, symbolized by the stone, is unlocked by a specific consciousness and even specific individuals. The sword is a common symbol of mind and will, so we can see that this myth is telling us that the condition of our mind (often determined by our will power) determines how stuck in matter (stone) we are. We may feel hopeless at times with the way that this are going, but there are stop losses and blocks when it comes to tinkering with veil piercing spirit/matter technology.

Newly created technologies that are made in the image of past technologies (such as Atlantis) must be stabilized in their initial creation by direct connection to higher dimensions. This somewhat ceremonial level of creation is important because conscious mineral technology moves beyond the 3d world, thus the higher levels must be consciously activated and accounted for, an initial path must be carved. This direct connection to high cosmic light must also be maintained during their use, if it is not, then the technology will de-stabilize as we saw in Atlantis. In this way the use of this technology represents a specific stage of human development and integration.

Strong cosmic access and the ability to pull cosmic energy into ones body to then impact the mineral kingdom with any precision is rare at this time. It is not enough to receive messages from cosmic systems within ones mind, one must be able to continue to translate this energy deep into their body to such a degree that it creates physical, mental and emotional effects within those participating. This ability is the capacity of what we would call an authentic high priestess, one who is not only at the level of memory, but one who can actually form a correct and complex matrix of energy that surrounds the individuals who are practicing a ritual in which she is in divine service. This means specific layers of energy must be created within her and then lovingly offered to the group that she is creating with. The word High Priestess has been thrown around by many as an enticing marketing slogan, but the reality of it is very, very different, more at that later. 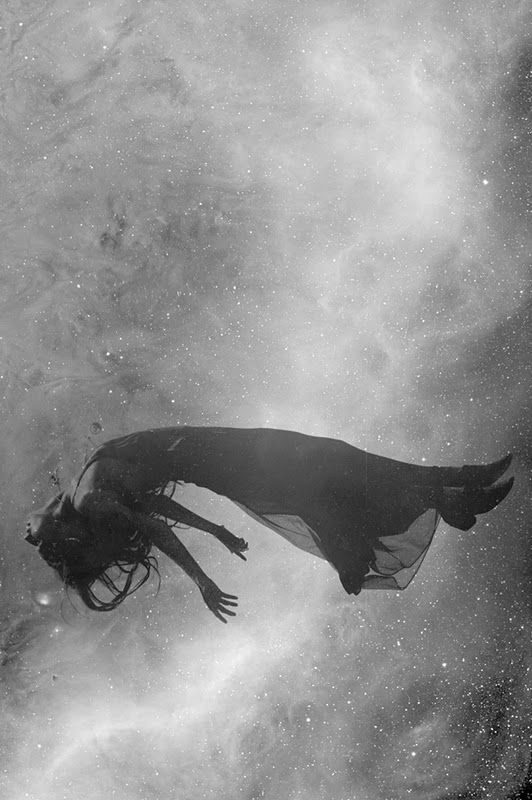 Obviously this particular level of connection is cultivated over many lifetimes and becomes a very specific focus for certain mystics. They often incarnate in specific soul groups that orient themselves around maintaining balance in regards to these technologies. The individuals that have this training become activated over many initiations in their life orienting them closer and closer to this work.

This direct high cosmic connection is often done through the channeling and embodiment of specific star systems to create a deep stabilizing spiritual circuit that moves down in density. What we perceive as “stars” are actually precise dens of complimentary consciousness that act as stabilizing counterparts for our world. Stars are to our spirit what roots are for a tree. Each has an electric meaning and each one creates a certain stabilizing circuit of energy. They can be read like books and channeled to create the correct harmonic pathway for high technologies. These stars change in meaning and influence over time, so one must be able to read the current energies to arrange the proper esoteric matrix.

In the materialistic world view of today, this deeply trans-dimensional element of technology is left behind and thus even the most advanced technologies are at a primitive level when it comes to their effects within the subtle word. They reach no further then the lower astral solidifying chaos rather then the clarifying tones of higher worlds. This is where we stand with many of the “ground breaking” technologies that we have now.

The symbology of the serpent is important when it comes to mysticism and is often seen depicted on spirit/matter technologies, or, by the people who use them. I go deeper into this important element in my premium video section.

Hello I have just been introduced to you this morning through a youtube video about your experience with the pleiadians. I’ve gone down rabbit holes before. this time its a triple rabbit hole lol.
I have had a personal ufo experience in broad daylight. Turns out it was my future self who merged with me as a little girl. A recent hypnosis brought more light to that merger.
I work with water and returning minerals to our available drinking water. I believe water holds consciousness and its been used as spiritual warfare by containing and contaminating.
My name in a past life was Ruby. I have vague memory of healing with the ruby light.