197.79 million million miles away from the earth lies the red planet – mars. In our physical world we see it as a mysterious, dead rock. But in the higher densities mars is very much alive.

You see, we cannot see our cosmos on just a material 3d level and expect to understand it. Our cosmos is a multi-dimensional space, that is what it is. It consists of various densities, dimensions, timelines and even evolutionary pathways of mankind.

If we view our cosmos through purely physical parameters we will never understand it and only form a fragmented reductionist opinion on it. Insisting on only acknowledging the most obvious physical plane is like stepping out your front door and walking around your neighborhood and saying you’ve travelled the world. It’s ridiculous. When we are talking about the cosmos, we are talking about ourselves.

However, before we can get into the specific occult presence of mars in our world, we have to understand our connection to the planets.
So, what is the cosmos to us, beyond a bunch of ice, gas, rocks? Well, our cosmos is like a school house. A school house for our soul with many levels of initiation.

In fact, each planetary sphere represents an distinct step of human evolution- a distinct time in human development. The celestial bodies represent different times and different densities. This is what the concept of a stargate is; stars being ways to organically travel the different phases of our own evolution in the cosmos.

At our core we are energy, and that energy, often called a soul, or spirit, and moves through various stages of development. This is similar to how we move from being an infant, to a toddler, to a teenager to an adult and so on. Evolution, transformation and change is law. Our soul passes through various stages of development that are held within the celestial bodies. 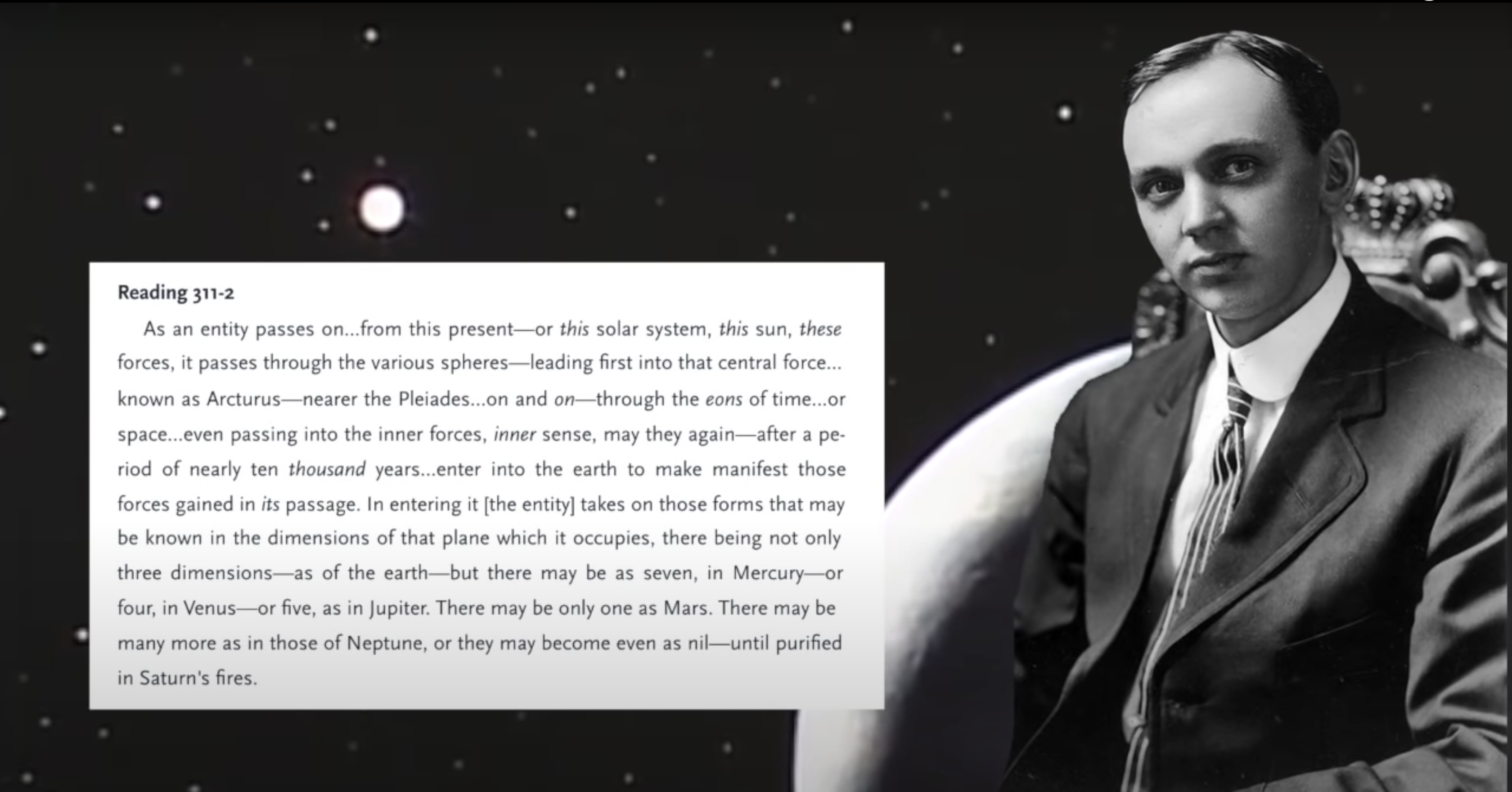 This is forgotten today but is maintained in texts like the Egyptian book of the Dead. The Vedic tradition, and even gnosticism, speaks about our human consciousness moving through various planetary planes upon death and rebirth. Thus, within the ancient traditions, the planetary spheres are considered planes of development that are directly linked to humanity and our earth. Ideally, we live our lives in awareness of the higher planetary worlds. We seek to harmonize with them.

So, earth is directly linked with mars, venus, mercury, Jupiter, the moon the sun etc. All celestial bodies are part of our human evolutionary scheme. Or, steps in human evolution. They are aspects of ourselves, or junctions points, that our soul visits and even incarnates into.

The only reason why we see planets as primarily physical things is because we are so entrenched in the material world that we cannot easily access realities that are beyond the 3d mind. In fact, we often fear, shun and shame the esoteric level of our being. We only feel safe and accepted in the most reduced, materialist interpretation of planets and stars. 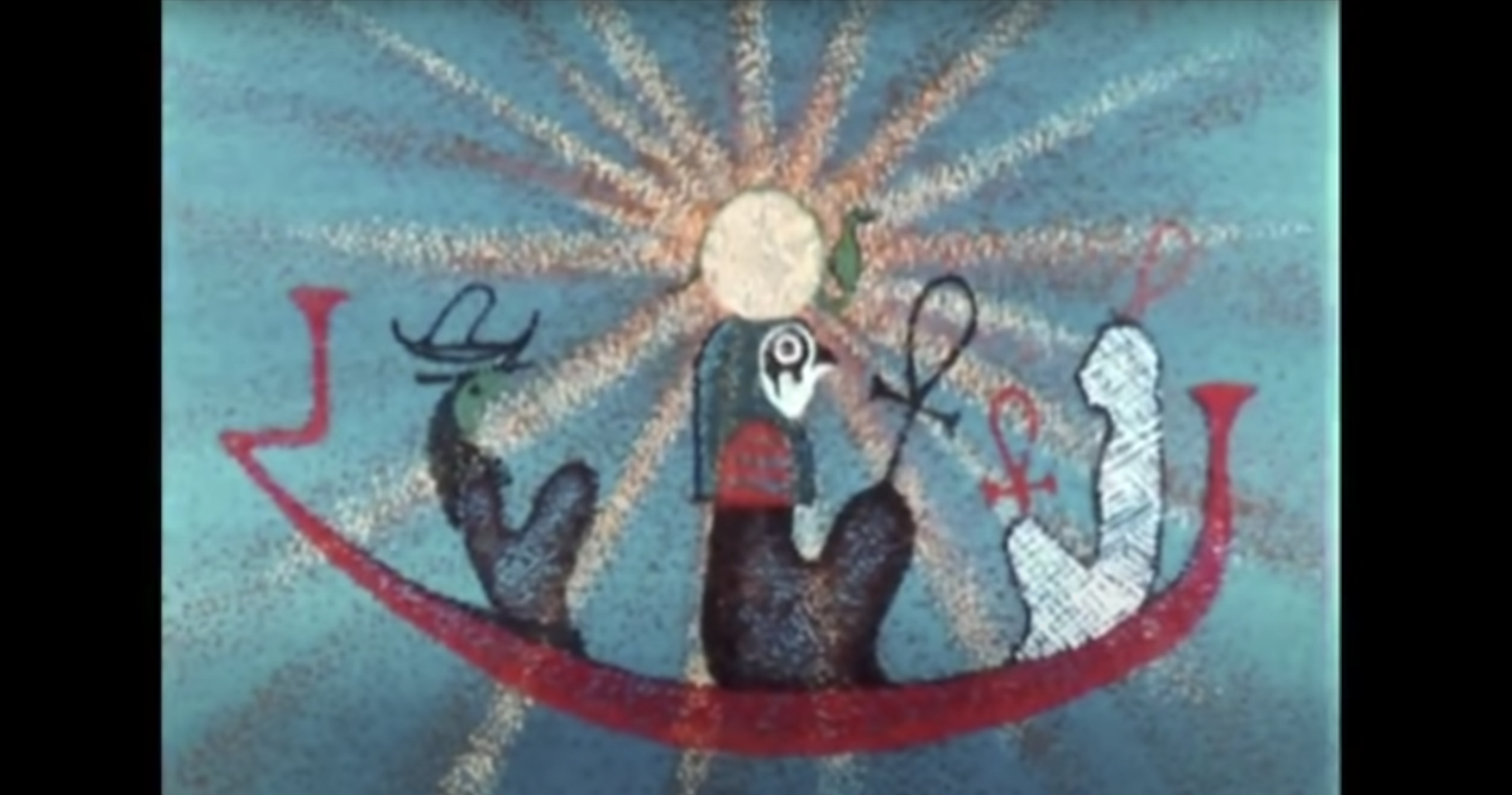 In both the Vedic tradition and Buddhism the planetary consciousnesses are called lokas and each loka represents a type of consciousness relative to the earth. We pass through each Loka upon our death as a means to re-integrate into the higher world. We can also connect with these lokas , during meditation, dreams and while astral travelling.

There are also beings that are within the lokas. Or beings within the planetary spheres. These beings can be seen as guardians in the higher levels, and as demons or dark entities in the denser ones.

The different celestial planes exist internally and externally. They make up both the structure of our inner world and also that of the material plane. Further, we can only perceive externally what we have integrated, or discovered internally. Thus our material evolution is linked to our spiritual growth. As above so below. As within, so without. 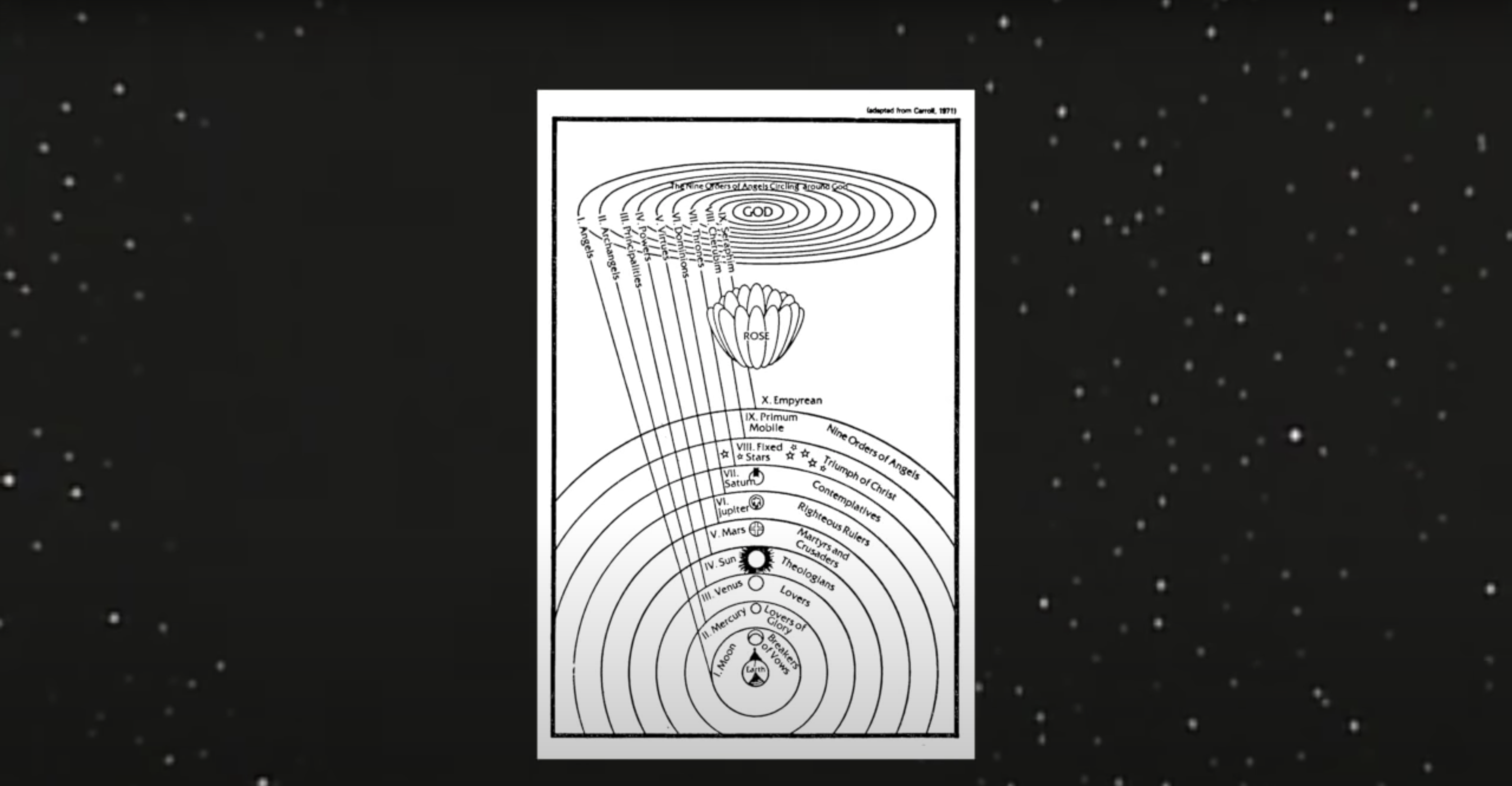 This is the same concept in the gnostic tradition where our consciousness passes through the various planes of the cosmos marked by the various spheres. Like the Vedic tradition, there are beings within these planes that represent certain phases of human spiritual initiation.

In the Christian tradition the orders of these higher beings can be seen as the various hierarchies of angels. The various beings from the lower worlds are often called demons which also have their own hierarchy. Human beings must journey through these realms in life and death in order to know themselves and evolve.

This teaching is also continued on modern times in both Theosophy and Anthroposophy where the planets are placed in something called a round, or planetary chain. The planetary chain allows the order of  human and cosmic evolution to be observed in a progression. This is sometimes called the progression of worlds. This allows us to observe, on a large scale, on a cosmic scale, how humanity evolves through the various densities, or plane(t)s of reality. 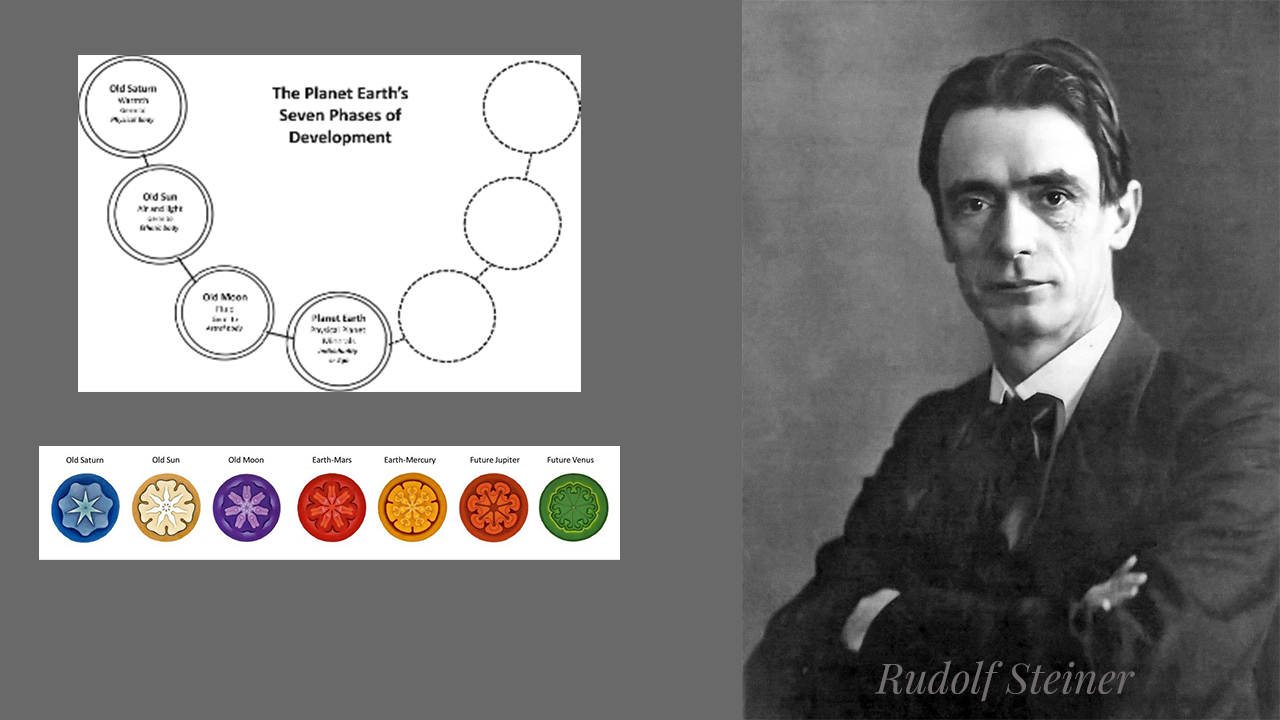 Part of our evolution into the Aquarian age is to expand our understanding of the planets and stars and acknowledge them as more than physical things. When we do this, we can become more aware of the exact order in which human beings evolve in the cosmos. We become aware of our own level of cosmic initiation.

So,  There are a few key concepts here about the planets we need to understand. First off, the planets are worlds that our soul incarnates into in order to  evolve and each planet is a different vibrational frequency. Secondly,  we pass through the various planetary bodies upon our death to integrate back into the cosmic evolutionary scheme. And, we can also incarnate into these planetary spheres. Lastly, while incarnated on the earth we experience the planets as spiritual planes, higher worlds, or higher dimensions. The planets that we see are both the physical expression, and gateway, to the higher worlds. 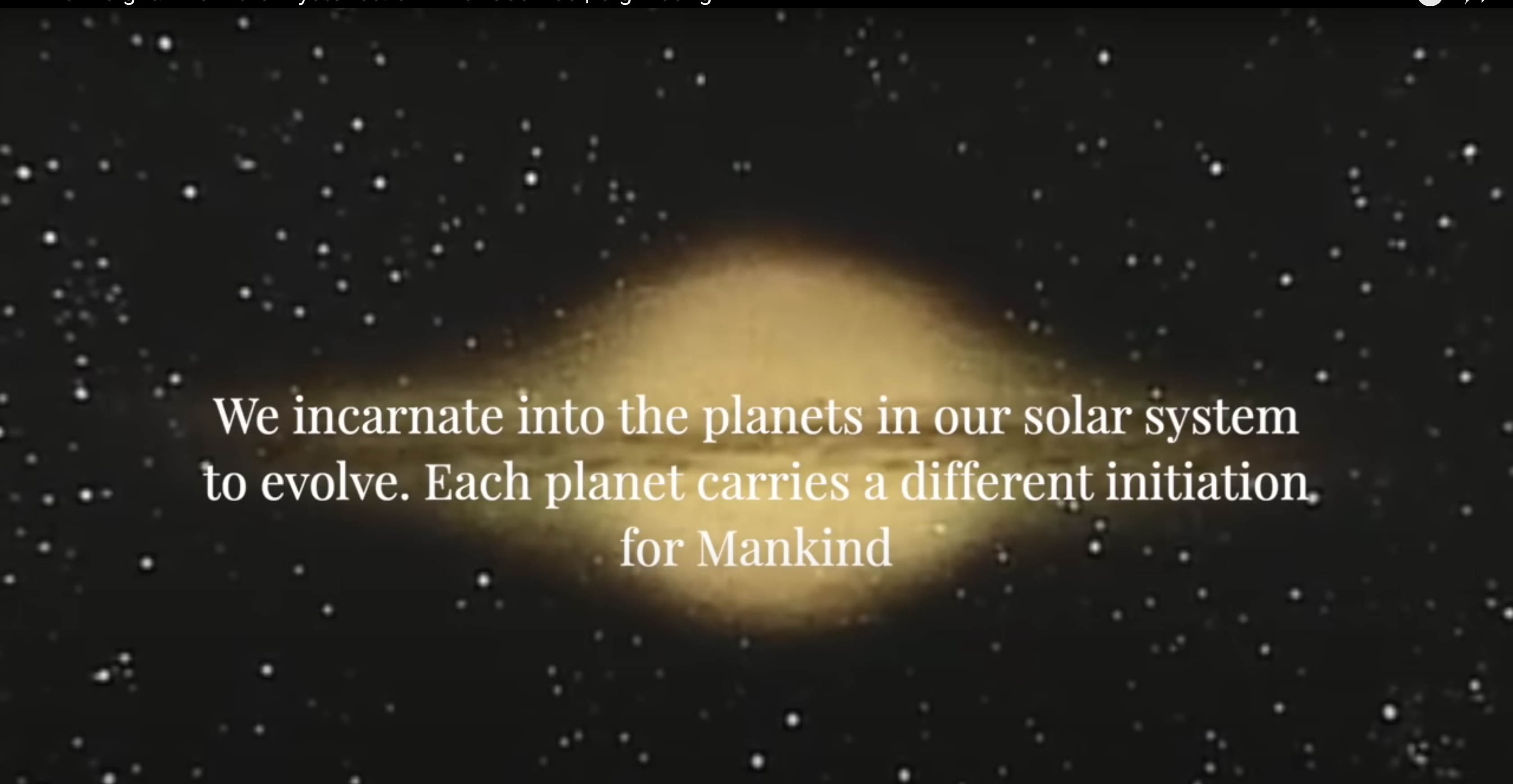 Now that we understand that the planets and stars are very real places in which our consciousness evolves. And that we are, in fact, nter-dimensional beings that have aspects of ourselves within these worlds, how does that change things? How does that change our relationship with space. With the planets?

If we are innately part of these higher planetary worlds, if we spring from them and return to them, what does it mean if we think that these higher planes don’t exist? What if we refuse to see their relationship to ourselves? What does that do to our consciousness – our soul?

Further, what will happen if we approach a planet, like mars, and see it merely as an object? What if we explode a nuclear weapon on it? What if we attempt to colonize it? What are we doing to that aspect of ourself that is within that sphere? How does that effect our relationship with that plane – with the cosmos? 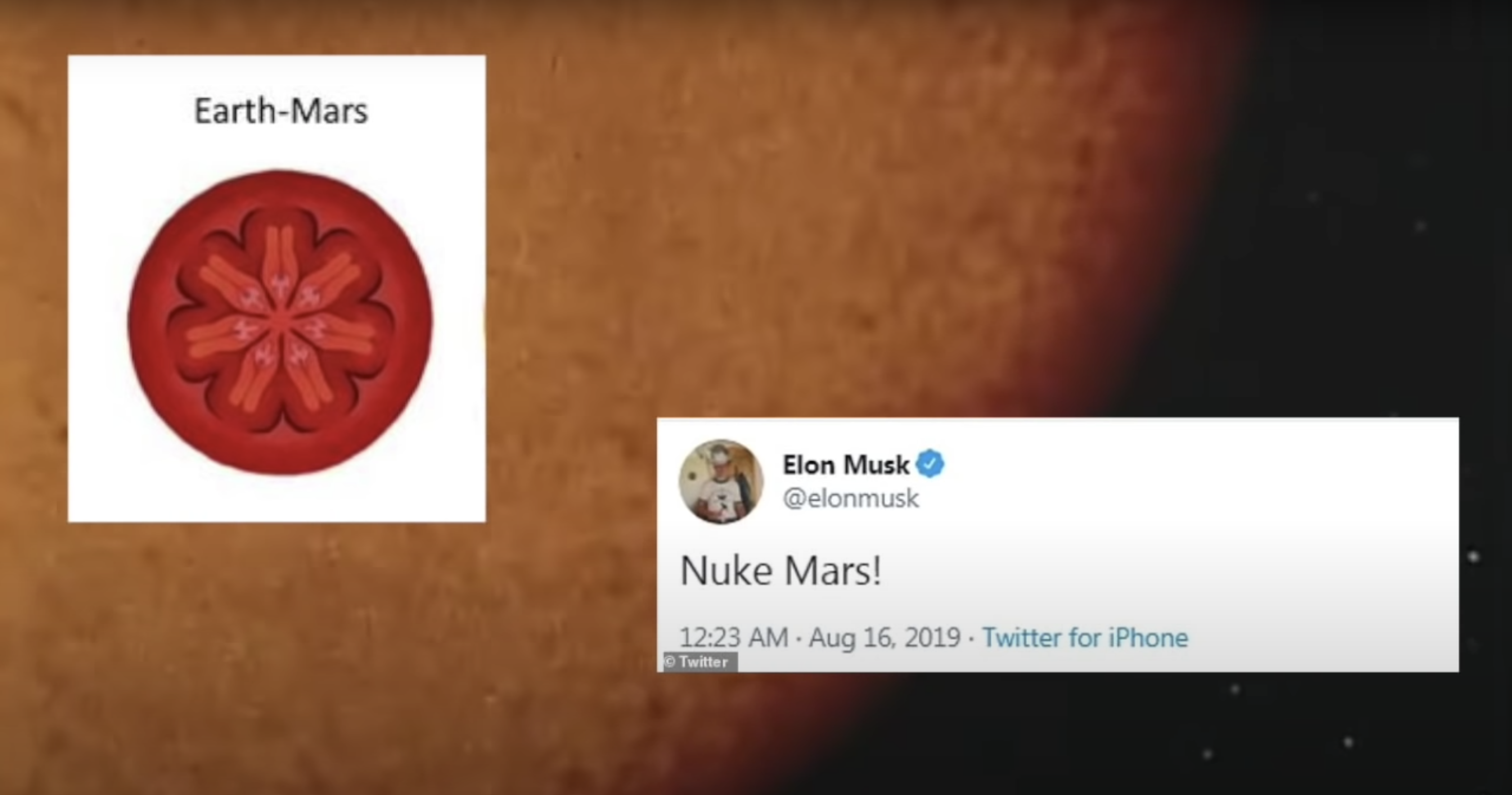 And, if the planetary spheres are gateways into other worlds, other dimensions, other times, why exactly do certain groups want to control space? Is this why there is a race to space? Why does NASA and private aerospace companies hide information that they are discovering about the planets from the rest of humanity?

If planets and stars are portals is space travel and NASA really an occult practice? Is this why NASA was created by Occultists that followed Aleister Crowley and belonged to various secret societies like the OTO (Ordo Templi Orientis). Is the control of the space really the control of the human mind?

As we quickly approach the space age, you will have a choice. You can view the cosmos on a purely physical basis or you can awaken to yourself as a multi-dimensional being that is an integral part of the cosmos. Embedded in the cosmos. You can remember who you are and why you are here, or you can lose yourself in the ever increasing pressure to validate only what exists on the very material surface of creation.

Thank you for reading. Please don’t forget to check out the video and sign up for my newsletter so that you can stay up to date! If you can please consider supporting this work by donating, or becoming a premium member on my website I would greatly appreciate it. I am completely funded by you!