Update: This is fiction story containing some real bits. I could not remember everything only certain rhythms that would dance across my eyes. History is revealed in waves and pieces allowing us to integrate via its back and forth motion what it means for us and who we are now. This story’s purpose is to inspire memory of specific archetypes that may be brought forward as you read. Trust what ever comes up for you and use this as a sounding board for real memories and knowings to spark forward.

Long ago in the star system we know as Orion a great shift was occuring. Several groups within this system formed from some of the darkest spectrum of emotion and thought. Some were scaled and came from the red deserts of a planet that only knew wind and heat, and wind and heat. Like nomads they travelled finding refuge in caves and caverns. Storms sometimes spun across the planet for months forcing many into an inverted state of consciousness. Other times the sun would beat down reducing all life to dust. The only sound to drift across the sands was the numbing drone of crickets. Mirages teased these beings into an empty desperation. 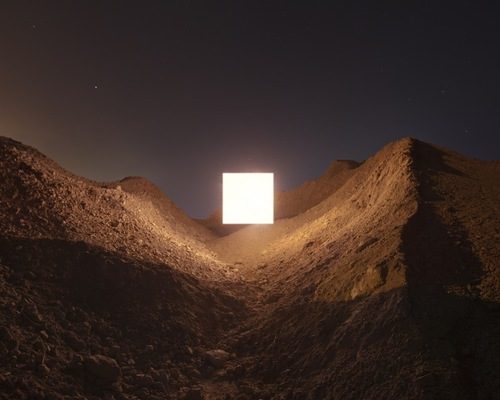 This extreme existence created a dependance on technology, it began by simply trying to predict or control the weather. They felt needed this technology to get ahead and survive. Over time it evolved into frightening experiments and bizarre contraptions that influenced minds. And as technology began to become increasingly amoral certain beings on this planet left in disagreement, the obvious assault on others and the need to dominate and create heirarchies was creating a slave environment on the planet.

The beings that left scattered themselves among new planets and began identifying with different lifestyles. They are reaching a new stage of evolution. Their scales turned green, their hearts opened and some even began to subtly merge with mammalian species.

Others from the same spectrum of darkness that shook Orion rose from the swamps. These were amphibious creatures with their eyes seeing into other worlds but their heart to heavy to see themselves. They rested in two places, one in the higher densities and the other in their physical reality. Their purpose was to learn to merge the physical and non-physical worlds seamlessly, however, some spent their days scanning the fourth density for spiritual shortcuts. The distorted beings in this world did not turn to technology in their darkness like the reptiles, but to co-dependant relationships with lost beings in the fourth density.

You see, both of these beings found their crutch, the reptiles had their technology, and the amphibians entered into dark shamanism. Each of these beings began engaging in these dark relationships from a place of wanting to feel balance and peace. The problem was that they chose to try to achieve these things in an external way rather than internal way.

These two groups of beings seemed to form the first alliance of what we will call the Orion crusaders; an alliance of beings that would challenge and shake then entire galaxy. The reptilian beings providing technology and the amphibian beings bringing connection to the other side. Other beings of different biology came and went from other systems, some by alliance, others by force. 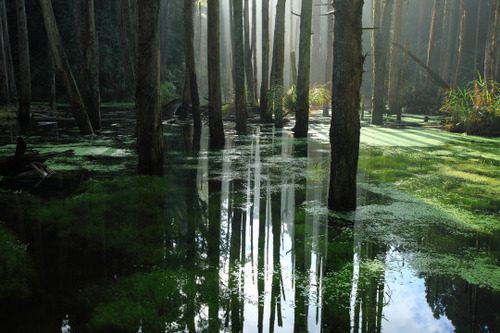 Of course their desire for power lead them to take to the skies like vikings, raping and pillaging whatever planetary body that seemed useful. It was this superior belief and lust for power and control that created portals to to other worlds allowing even darker beings in.

They began to grow in technologically, including experimenting in genetics, and began spread themselves to other planets creating strategic bases of control and influence. They would exploit resources and enslave beings that seemed to have abilities that were needed. They would destroy whatever (or whoever) seemed to be a threat. Other beings in the cosmos who did not wish to fight, who were not destructive, called this “The Orion Crusades”

The Orion crusaders gathered over time that they were the strongest and most valuable beings in the galaxy. If there were more “valuable,” beings why could they not defeat them? They began to interpret their reality as a winner takes all world with no consideration the the karmic waves (and shackles) they were placing upon themselves.

There were challenges, mutinies, and many great battles in which they were pushed back, nearly defeated, and shamed, but each time, they re-built. Even battered and bleeding, if there was a small group left they would begin recruiting, fighting and pillaging. They would exploit peoples greatest fears to recruit, they would shamelessly manipulate to levels many beings would not even consider. They became the archetype for the negative ego, for the ultimate darkness and distortion. They did not know how to rely only on themselves for energy or how to create a symbiotic energy with a planet. They only knew how to steal from others creating an entirely vampiric way of life.

There were many casualties within these crusades. Many people were ripped from their lives, blackmailed, threatened and forced to do things out of survival that they would never do otherwise. This exploitive experience provided and environment for individuals to truly get into their deepest aspects, to come face to face with their own darkness, or their own light. Many people incarnated on earth have memories and karmic layers associated with this time in history, memories of being on each side of the battle again, and again, and again, until we are whittled down the divine of core light, our deepest truth.

Many interesting genetic lineages were targeted by the Orion crusades. The lineages that were destroyed were ones that the Dark alliance deemed a threat; they were beings that they did not understand. The planets and peoples that were on the opposite end of the spectrum to their own consciousness. One race of beings that was completely destroyed we will call the Ho-be-in-tu, they were a race of beings who were known to hold the history of the stars, of the cosmos, it seemed to somehow be born into their genetics. Their name translates to “those with no words” due to their complete telepathic communication. They knew the past in all its dimensions and timelines, and they knew the future(s). 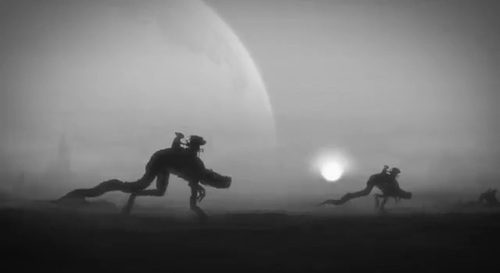 These sacred beings needed their planet to function, to create their ideal environment. Their star was a radiant portal to the heart of the cosmos and it bathed them in the codes of divine knowledge.  They were protected, loved, and nurtured by other planets and cultures as prophets. There was even a light dragon group that watched over the planet and the beings to ensure their safety.

As the central sun dimmed on its inhale the currents of the universe changed, and with that waver this innocent and deeply important planet was destroyed.  The Dark alliance sensed the weakness of their environment in their technology and took action. Many of the beings were wiped out in an instant. Some beings survived that were off planet but the majority of them passed, and with them so did the information about the past and future.

At the sight of the passing of these innocent beings many within the Dark Alliance walked away. They realized that to destroy a group of completely innocent beings was the epitome of evil. They were shaken awake, they felt great shame and joined the light alliance to begin to make amends.

The reason why the dark alliance determined that these beings needed to die was because they could not influence them or control them. They seemed to move with a completely different rhythm that rendered  their technology useless. Also, the way in which they were protected by other civilizations signalled that they were significant and to destroy them was to create chaos and gain an upper-hand.

In this tragedy ther 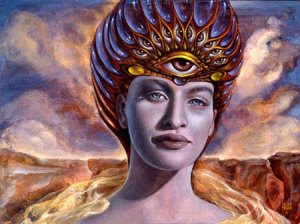 e was a gift, there always is. The Ho-be-in-tu species was able to die, not because the dark alliance was dominant, or better, but because it was time for this ability to awaken in other beings in the cosmos. The ho-be-in-tu no longer needed to wholly embody spiritual wisdom.
It was time for the individual to know this gift, and as the central sun exhaled the abilities would come alive in their DNA, and the next generations of children would be of a new ilk.

It was time for this gift to move to a multidimensional level, accessible by all. These beings became guides and light leaders from the other side to help integrate the gifts they had managed in their previous lives. They would make appearances in the sky or in dreams leading certain civilizations to new discoveries, healing modalities, and cosmic wisdom.

The death of the Ho-be-in-tu was a marker in the universe. It represented not the loss of a species but an invitation to expand. The dark alliance was actually playing right into the higher purpose, they were changing the game so that all the players could realize the deeper potentials that were resting within them.

The Ho-be-in-tu of course saw this timeline becoming more and more prominent and began saving their wisdom into large crystals . Each crystal was hidden and kept as a seed crystal within the worlds that they had been gifted. Venus, Mars and all other worlds were all seeded with a crystal first. The crystal contains specific “seed codes” that start the planet. From there “The Keepers” make sure that all karmic lineages are following their expression pathways.

The Orion crusades and the patterns that they bore into our soul continue as the dance between light and dark. They are re-born in many forms in society; the same patterns with different names and circumstances are asking to be validated and continued. We also see these patterns as the seemingly infinite incarnations that rest as memories within our soul.

May we now choose to see these patterns with full understanding and to move beyond this level of polarity and into our core central light, the part of us that is beyond the back and forth of reactivity. May we choose to see through the eye of our heart to know our path and shift beyond this density. May we trust our higher-self, our inner Ho-be-in-tu, to guide us to our purest expression. May we know with full confidence that when we are in recognition of our purest expression we are safe from all harm.